“Everything Will Be Alright” is a charity concert of Okean Elzy which will take place at Zoloti Vorota metro station in Kyiv. The Kyiv subway has become a shelter for thousands of Kyivans at times of shelling and bombing of our capital. Therefore it is symbolic that the country’s favorite band will perform the songs which have become the soundtrack of life for millions of Ukrainians at one of the most beautiful metro stations not only in Ukraine, but in the entire world.

With this concert, Okean Elzy, 1+1 media and Kyivstar will unite millions of people, each of whom is fighting for our victory, everyone at their own battlefield; and all together we will collect aid for the youngest Ukrainians, the children who suffered from the brutal war, brought upon us by the enemy. russia.

April 24th will mark two months since the beginning of the full-scale invasion of the russian federation in Ukraine, two months of our indomitable struggle. What is more, it will be the day of Easter, a holy day, symbolizing the absolute triumph of good over evil.

Before, during and after the TV broadcast, there will be a fundraiser for “Tvoya Opora” charity fund.

You can make donation using a payment system at the link and to send a preferred amount of money.

Another option to support is to transfer funds via SMS (for Kyivstar, Vodafone and lifecell prepaid subscribers). Send a message with any text to 88000 and 20 UAH will be withdrawn from a mobile account.

All the funds raised will be used to help children through:

Since the beginning of the russia’s invasion, the band’s frontman Sviatoslav Vakarchuk has visited the majority of war areas, our cities, towns and villages, violently attacked by the enemy. His voice is in unison with the time we are currently living in. 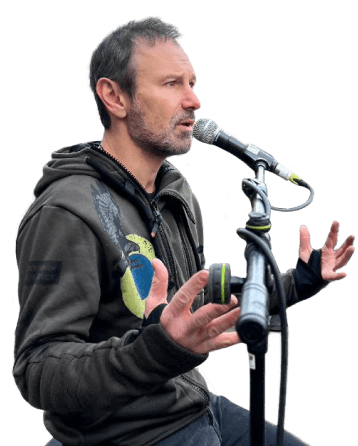 Ukraine is going through extremely hard times now, which calls for unity and tremendous strength of spirit. We know that the Victory will be ours and everything will be alright! And you, our Defenders, are the ones to whom we should be immensely grateful for it! We are also grateful to the entire civilized world for support. At the same time, we call on you to expand support where it is crucially needed. We need it all for the future, our children, who must grow up in a peaceful world with competing ideas and inventions, not the one ruled by the medieval violent force, destruction and deadly weapons. We have a strong belief that our children will live in the world of development and advancements, but today we must support those whose childhood is distorted by this war

Sviatoslav Vakarchuk, a musician and a frontman of Okean Elzy, says. 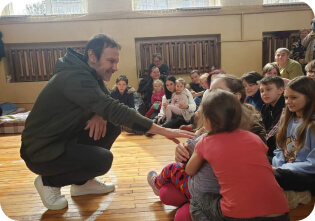 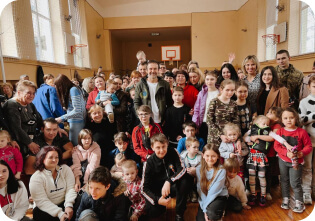 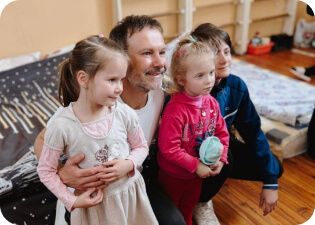 The charity concert is inspired by Sviatoslav Vakarchuk and Okean Elzy, 1+1 media, and Kyivstar.

The event is organized by 1+1 and with the support of the Ministry of Culture and Information Policy, the Ministry of Foreign Affairs of Ukraine, and the Kyiv City State Administration.